Get fresh music recommendations delivered to your inbox every Friday.

Just Where I'm At 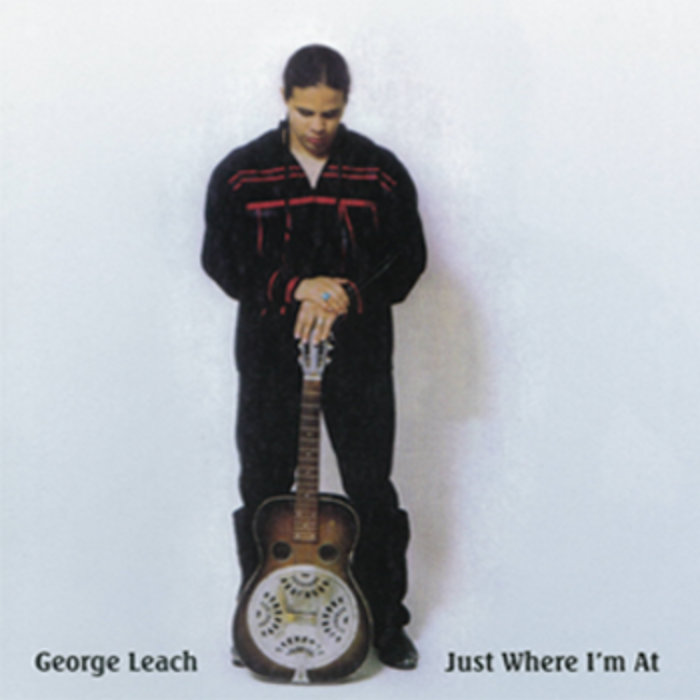 This undeniably bright star of the Sta’atl’imx Nation from the interior British Columbia has earned his artistic integrity. His debut album, Just Where I’m At (2000), garnered international recognition, establishing him as a respected singer, songwriter, guitarist, and performer. Leach composed, performed and arranged all of the vocal, guitar and bass tracks on the self-produced album, winning “Best Male Artist” and “Best Rock Album” awards at the 2000 Canadian Aboriginal Music Awards. The video of its popular single, “Young Enough,” reached the Top 5 on the coveted Bravo Video Hit List and the Top 10 on the Much More Music chart. Equally impressive is its win for ”Best Music Video Award” at the 2002 American Indian Film Festival in San Francisco.

George Leach has evolved into one of the most exciting Canadian artists today. His talent is undeniable. His stage presence is passionate and full of expression and his connection to the audience is unwaveringly sincere. He is the real deal.

Bandcamp Daily  your guide to the world of Bandcamp